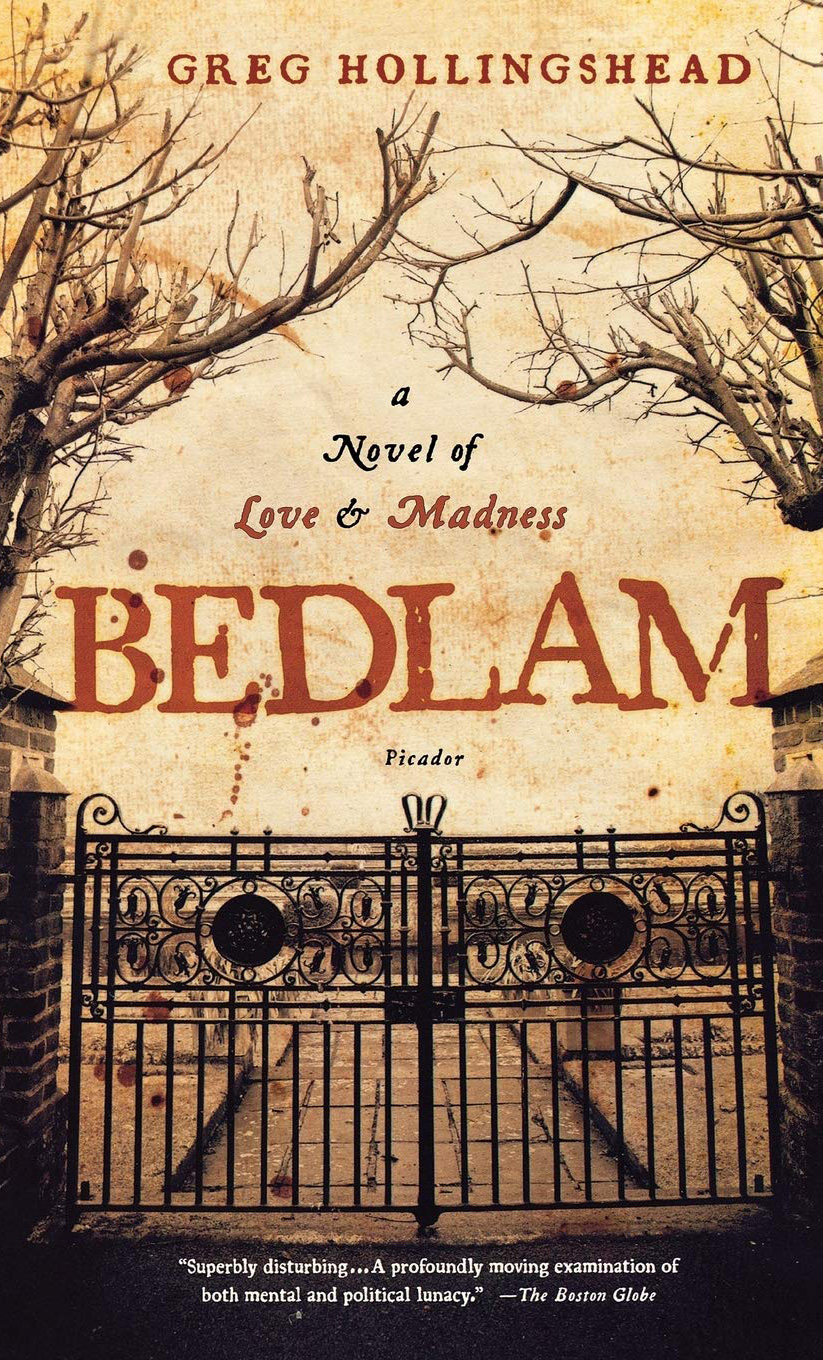 This extraordinary novel tells a dramatic and compelling story of three people caught up in the turmoil of the late eighteenth century, their lives inexorably intertwined in a time of war and revolution.

Conspiracies, plots and paranoia sweep across England in the aftermath of the French Revolution, landing tea broker James Tilly Matthews in Bethlem Hospital, a notorious, crumbling home for the insane. Although he is clearly delusional, Matthews appears to be incarcerated for unspecified political reasons. His beloved wife, Margaret, spends years trying to free her often lucid husband, only to be blocked at every turn by her chief adversary, John Haslam, Bethlem’s apothecary and chief administrator. The ambitious Haslam finds himself trapped between his conscience and a desire to further his career by studying his famous patient.

Bedlam creates an indelible portrait of London, a city teetering between darkness and light, struggling to make its way to a more just and humane future. In its darkest corners, where noblemen, pickpockets, royalists and republicans jostle for power, where corruption is all in a day’s work, Hollingshead finds humanity, truth, decency and forgiveness.

Enlivened with wit and intellectual daring, written in a beautiful prose that is resonant with time and place, Bedlam sweeps the reader into a strange yet somehow recognizable world that often echoes our own. From the enduring love of Matthews and his wife, to the despair of the Bethlem inmates, to the moral agonies of John Haslam, Hollingshead’s eye for rendering the human condition has never been finer. This is a flawless novel in which imagination bridges the chasm between love and hate, between loss and reconciliation.

Buy from HarperCollins
Buy from Amazon

Bedlam is a novel based on the true story of James Tilly Matthews, an inmate of Bethlem Hospital at Moorfields in London during the French Revolutionary and Napoleonic Wars. Although delusional, Matthews is in for political reasons, and his wife Margaret spends ten years trying to get him out. Her primary opponent, the author of an eloquent description of his condition (the first extended account of a paranoid system in English), is the author and apothecary John Haslam, a man compromised by defending an imprisonment he has been given no reason for, of a patient who he knows would be better off released. Bedlam is told in the voices of these three characters.

The British social historian Roy Porter has told this story most thoroughly in his 1988 edition of Haslam’s book concerning Matthews, Illustrations of Madness (1810). While exercising some fictional licence, I am doing my best to be faithful to the characters, their voices, their experiences, and the times. 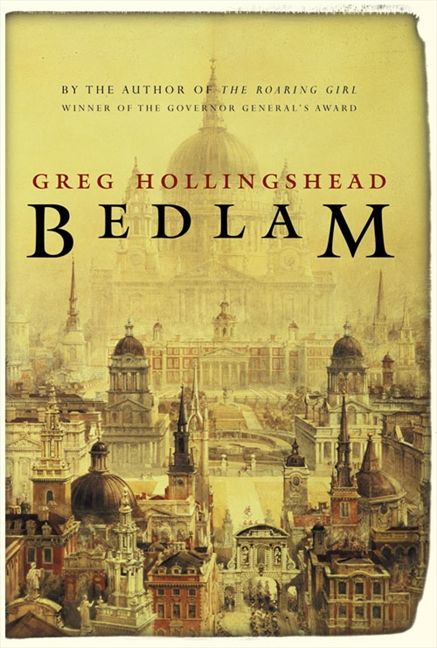 “Bedlam is a tough, textured book, vibrant and complex and compelling…. Greg Hollingshead creates a remarkably detailed picture of the social and political worlds of the 18 th century that raises intensely important questions about our own.”
—Michael Crummey

“An imaginative tour de force. Bedlam has the slippery lucidity of its subject: knowing madness in a world gone mad.”
—Elizabeth Hay

“Bedlam is stylishly written, full of dazzling epigrammatic insights into authority, tyranny, jealousy, love and other knotty aspects of human nature.”
—The Globe and Mail

“An exquisitely rendered tour of melancholy and raving madness tempered with profound love and hope…. Not since Jean Rhys’s novel Wide Sargasso Sea…has the sordid depravity and mercurial beauty of the unhinged mind been illuminated…. Hollingshead’s style is strangely compelling. It’s harsh, intimate and wise and filled with poetic flashes and sublime humour.”
—Ottawa Citizen

“Hollingshead has long used empathy, wit and lucid prose to nail contemporary manners. Now he has applied those same qualities to a very different epoch, and, as a good historical novel should, Bedlam shows how some things may not have changed as much as we think.”
—The Gazette (Montreal)

“[Hollingshead] has brilliantly brought to life the atmosphere, ideas and language of late-18th- and early-19th-century England…. With a pair of rich characters (and Matthews’ wife is no small achievement, either), a vivid setting and a nuanced, thought-provoking set of ideas, Bedlam ought to attract considerable attention this year in Canada and internationally.”
—Winnipeg Free Press

“[Hollingshead] handles his first-rate material with verve and sensitivity.”
—Maclean’s

“A rich, complex and often disturbing novel about an extraordinary man.”
—The Hamilton Spectator

“Delivers shocking jolts of truth about the immutable dilemmas of the human condition.”
—Edmonton Journal

“An important and compassionate contribution to the literature of madness.”
—The Vancouver Sun

Buy from HarperCollins
Buy from Amazon
Page load link
This website may use cookies and third party services to track visits anonymously. OK
Go to Top