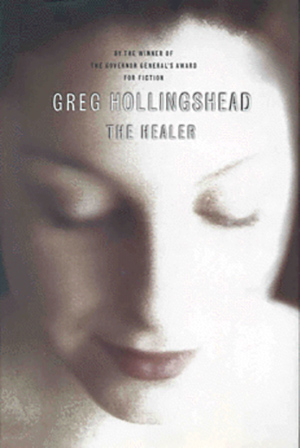 A grieving journalist arrives in a small mining town on the Canadian Shield to write a magazine article about a reputed healer, shattering a fragile state of tension between her and her parents.

My aim in The Healer was a realistic story about spiritual experience. The idea came from noticing in accounts of mystics and ecstatics a kind of tragicomic distance between their experience and the understanding of their disciples.

Buy from HarperCollins
Buy from Amazon

Georges Bugnet Award for the Novel, 1999

praise for The Healer

“Hollingshead challenges literary conventions with confidence and dignity…. [He] has the capacity — and this is his art — to cause us to see ourselves, to recognize the ‘darkness’ that can exist not only in the world around us, but in our own lives. Hollingshead’s vision is stunning….”
—The Calgary Herald

“A powerful novel…. There’s an electricity in the writing that can seem to affect you muscularly. It’s about healing, but it also plumbs other depths — savagery, how children survive childhood, marriage, and the land. It powers along on good old-fashioned suspense — that’s the cause of the knotting you feel in your stomach.”
—Stephen Smith, Quill & Quire

“The Healer fascinatingly explores issues of identity, will and the human relationship to nature, in a style as complex and subtle as the movement of water over rough ground.”
—John Bemrose, Maclean’s

“The book combines an effectively suspenseful plot with a serious meditation on the dark side of love. The Healer is an accomplished novel which gives full reign to an imagination that moves freely in the realms of the bizarre and the everyday, asserting the covert connections between the two.”
—Julian Ferraro, TLS

“Hollingshead does not burden The Healer with solutions but allows the unfathomable impulses of love and hurt to enmesh these fractured and dislocated lives. He writes with a governing absence of philosophy that vividly recalls the nihilisms of Cormac McCarthy. There are resonances of E. Annie Proulx, too, in his poetically compressed prose that imagines stark landscapes as richly unyielding as their beleaguered inhabitants. This is a substantial book and a swift read despite the gravity of its tale.”
—James Urquhart, The Guardian

“There are some wonderfully poetic and resonant images in this novel; the descriptions of the Canadian landscape are incandescent and some of the set-pieces both hilarious and disturbing.”
—Francis Gilbert, The Times

“In [the] opening scene, Hollingshead’s prose is clipped and staccato, oddly detached. But this is only his way of teasing us before he does a quick change, ditching his wry reserve and his terse, literary demeanour for a wilder-eyed approach. And so The Healer is rapidly transformed into a mad-tongued Gothic tale, a blend of high drama and sly, dark marvels. It is a story heard through ‘a confusion of smoke and opinion’ in a place ‘cozy as heaven, old as hell,’ a landscape seething with violence under its torn, scarred surface. Even so, it takes Hollingshead’s readers a while to realize that an almost biblical rendering of accounts is in store. By then, we have come to trust ourselves to his imagination, and to its ultimate mercy.”
—Abby Frucht, The New York Times Book Review 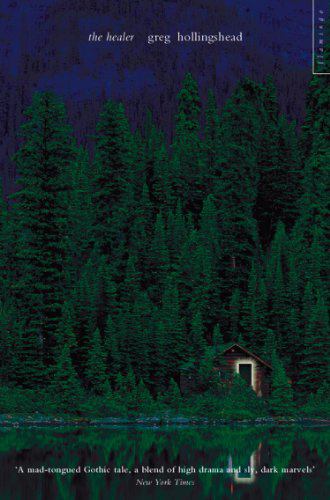 Buy from HarperCollins
Buy from Amazon
Page load link
This website may use cookies and third party services to track visits anonymously. OK
Go to Top